TICKETS AVAILABLE FOR DEATH OF A SALESMAN

One of the greatest American plays ever written opens May 9 at Le Petit Theatre. 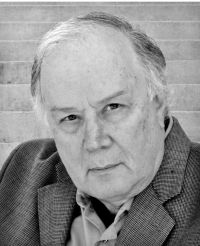 Directed by Amy Holtcamp, local actor George Sanchez stars as Willy Loman, a traveling salesman who struggles to achieve the American Dream in a story that weaves together complex issues of family and success. It is a thrilling work of deep and revealing beauty that is widely regarded as one of the greatest American plays ever written.
Other lead cast members include Mary Pauley as Linda Loman, Garrett Prejean as Biff Loman, Chris Marroy as Happy Loman, Ron Gural as Ben Loman and Casey Groves as Charlie.
"I've been struck by how much I relate to Willy Loman,” Holtcamp stated.  “It's a play about a man who looks around and realizes that all of those dreams he's had for the future might not come true. The future is here and none of it has materialized. It's also shocking how relevant  the play is to a modern audience. I think after the most recent economic collapse, we are all wondering if the American Dream is still a reality.”
Ticket prices range from $30 - $50 and may be purchased online at www.lepetittheatre.com or by visiting or calling the theatre’s box office at 504-522-2081 between 11 a.m. – 6 p.m. Tuesday through Saturday.  The Wednesday, May 21 performance features discounted ticket prices of $10 - $20.