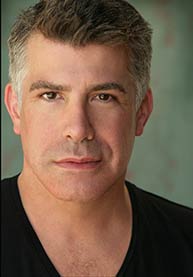 Learn how Broadway and TV actor Bryan Batt, a New Orleans native, was among those who helped turn around the fortunes of the New Orleans community theatre Le Petit Theatre due Vieux Carre.*

It's second down, but goal to go for Le Petit Theatre du Vieux Carre.

Had all gone as planned, the New Orleans landmark at Jackson Square would have re-opened the weekend of Feb. 1. Says board member and noted actor Bryan Batt, "We would have started with Lombardi, about the famous Green Bay Packers coach. The football theme would have tied in nicely with the Super Bowl that was played here on Sunday.

Alas, construction always seems to take longer than promised. So Le Petit Theatre will have to wait a little longer to start its season — its first since the theatre abruptly closed in December 2010.

Says Batt, "That we're coming back at all is something that a lot of people didn't think would happen."

"The bankers were patient and very nice," concedes Batt. "Still, considering the economic crisis, they rightfully wanted their money and told us that foreclosure was looming."

This made the real estate moguls in town smile broadly. If the theatre defaulted, one of them could swoop in and acquire the two-building complex on Jackson Square. Says Batt, "Real estate at the corner of Chartres and St. Peter Streets is prime property. A foreclosure could get someone a $6 million property for less than a million."

So the theatre that was founded in 1916 didn't look primed to celebrate its 100th anniversary. Considering that it had been in this location since 1922, it took pride in being one of the few amateur community-based theatres that's operated at the same location for so many decades.

"It's a jewel," says Batt. "Two buildings have a lovely courtyard between them. And while we simply could have sold the buildings and relocated, we didn't want to lose that rich history as well as our beautiful home."

Nevertheless, saving this Big Easy landmark wouldn't be easy. Still, for Batt, a New Orleans native with plenty of civic pride, it had to happen. "Le Petit is where I cut my teeth with some of my early roles," he says. "In 1982, I was in the chorus of Gypsy and soon after I had my first lead as Jamie Lockhart in The Robber Bridegroom."

Now he's well-known from his role as Salvatore Romano in TV's "Mad Men" and on Broadway for performances in nine musicals. A good part of Batt's life since 2003, however, has centered on Hazelnut, a gift and home accessory boutique that he and his life partner Tom Cianfichi founded on Magazine Street in New Orleans, five miles away from Le Petit.

The two met in 1989 while doing Evita at the Carousel Dinner Theatre in Akron and have been together ever since. "Tom and I love nice things," Batt says. "So we wanted to open a store that featured our passion for home decor. There is an entire world outside of show business, and you can follow more than one dream."

Once he returned to town, Le Petit courted him for its board. "I'd been asked before to serve," says Batt. "But I felt that living in New York and filming in Los Angeles wouldn't make me available on a day-to-day basis. I live a bi-coastal and sometimes tri-coastal life. But with technology being what it is today, it worked out."

So Batt joined the fight. "A really important person too was Cassie Worley," he adds. "She was Cassie Steck when I met her as Louise in our Gypsy. She couldn't bear to see the theatre die, either."

They took to their telephones to see what could be done. "We held a benefit emceed by me and Patricia Clarkson," Batt says, citing his fellow New Orleans native who was Oscar-nominated for "Pieces of April" in 2004. "Although people know her as a serious actress," he says, "she's extremely funny, too, and was a riot that night. For another benefit, we did Love Letters."

What the board decided to do is what much of the nation is doing: downsize. "We were maintaining a great amount of unused space that brought in no revenue," says Batt. "That second building had a green room and dressing rooms that were bigger than anything I'd ever seen on Broadway. It also had a black box theatre that was used for children's shows. But why can't kids' shows be on the mainstage? If we sold half of this property, we could stay in business and in our historic home."

But selling to the right person was of primary importance. That second building couldn't become a T-shirt shop or daiquiri bar, for that would compromise the distinctive look of Jackson Square.

"That's why we approached Dickie Brennan of the famed Brennan restaurant dynasty to help fund-raise and find deep pocketed donors," says Batt. Many on the board were fans of the restaurateur whose steakhouse and Palace Café are much acclaimed in the French Quarter. Says Batt, "After a few brainstorming sessions, we felt that Dickie was someone with whom we might share the space. He understands business and the arts. When he lived in Texas, he was a great help to Houston Opera."

Although there were other offers, none were as financially beneficial for Le Petit or allowed the theatre to retain ownership. Just before the bank could foreclose, Brennan and Le Petit came to an agreement. Soon there will be a new Dickie Brennan restaurant, TABLEAUX, next door to Le Petit Theatre.

"We'll share the courtyard and main lobby with TABLEUX," says Batt. "When we're dark, the restaurant will have exclusive use of it. When we're lit, we will."

The sale of 60 percent of real estate leaves the theatre debt free, enjoying a $1 million renovation as well as a $1 million endowment. So look for Le Petit Theatre du Vieux Carre to reopen in the near future — perhaps in September with Lombardi, just in time for the new NFL season.