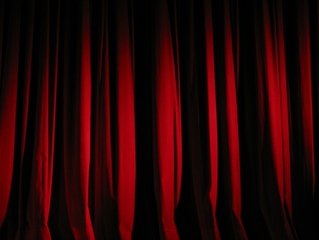 The year was 1927. Something magical was brewing on the corner of St. Peter and Chartres streets. An indelible, soon-to-be theatrical powerhouse was about to make her mark not only on New Orleans theater, but on theater around the country. Ethel Crumb Brett was hired as the first Technical Director of Le Petit Theatre, after already contributing her talents to the fledgling organization for more than seven years. At age 33, she became the first female TD at any theater in the South.

Ethel Crumb Brett did it all. One of her earliest credits was as a performer in Big Kate in 1920 when she was 26, and from there went on to fulfill her dream and passion – set and costume design. In total, she designed more than 325 productions until her retirement in 1966, at what was then affectionately known as “The Little Theatre.” Her final set and costume designs were in 1986’s Gin Game, at an incredible 92 years of age.

But her devotion to the theater did not stop in New Orleans. According to Times Picayune columnist Frank Gagnard, she was “one of the most widely respected figures in United States Community Theater.”

All of us at Le Petit are honored and humbled to have Ethel Crumb Brett as a role model and a major part of our history. She was a trailblazer in every aspect of the word, and through her artistry, drive and sheer love for the art form, contributed mightily to New Orleans theater as we know it today. Mrs. Brett –- we say thank you!

Research and writing credit (with special thanks): Leon Contavesprie

In keeping with the celebration of Women’s History month in connection with Le Petit Theatre, I was honored when the Artistic Director Max Williams asked me to write a piece about my mother, Gayle Batt. Her dedication to this beloved New Orleans institution was unswerving throughout her life. This gives me great pride and I am happy to have been a part of her journey.

Back in the mid 80’s while in college, I was in rehearsals for Godspell. Unfortunately, the chairperson of the gala to honor the visiting Helen Hayes had to resign due to health issues. Presumptuously I volunteered my mother to fill in, which she did with her usual grace, style, and flair. The benefit was a huge success; but more importantly, it ignited my mother's love affair with Le Petit which would last for many many years to come.

However, I believe it was the Kander and Ebb musical- 70, Girls, 70 - that solidified the relationship. Once again, I was in rehearsals for another show, and the director, Stocker Fontelieu, asked the cast if anyone knew of a lady of a certain age who could tap dance. Instantly, my hand shot straight up. “My mom is a great tapper, " I enthusiastically proclaimed. Of course, they knew of Gayle Batt from her service on various civic and arts boards and from the society section of the paper, but it never occurred to them that she minored in dance at Newcomb College at Tulane University or that her mother was a renowned New Orleans dance teacher.

Mom was a little surprised that I had again volunteered her services without asking, and at first refused. She cited my dad's failing health, the fact that she hadn't danced in years, and that she was absolutely terrified, having not performed in decades. In that moment, I summoned up my inner Gayle and in her similar encouraging way said "Mom, you will be great in the show, you know you'd love it, and if you don't do it, I'll think you're a wimp."

Needless to say, she took the challenge. In a grey wig, with a crocheted shawl and a cane, Mom stopped the show nightly with her rousing song and incredible tap dance. Her “Go Visit Your Grandmother” duet with a young Frederick Weller included wing, trenches and the double time step.

She was suddenly introduced to a whole new vibrant world of people who would remain friends for life - a circle of magical theatre folk. There's no people like show people; they smile when they are low!

My dear mother went on to serve on the theatre’s board and in their guild for 20 years including time as the president of the board. In a way, she became part of the tapestry of the Le Petit history- attending every function and show, greeting and welcoming patrons, making everyone feel welcome and at home.

In 2007 when her cancer returned- this time inoperable- my brother Jay and I commissioned a portrait to be hung in the lobby of her beloved Le Petit Theatre. I think it's one of her most treasured honors.

Well, here we are again facing another stressful and crazy unprecedented event that has flipped our world upside down. I was living in New York during 9/11, and in New Orleans for Katrina, and throughout both tragedies, my mother, Gayle was stuck or rather evacuated with us. Unfortunately, she is not here this time, for I could definitely benefit from her positive outlook, gentle encouraging calming words, and loving smile. For us, the arts played a big role in life, especially in healing. We all did our part then, and we will continue to do so now. After Katrina, mom was beyond elated to see her favorite treasure of the crescent city, Le Petit Theatre du Vieux Carre re open her doors. Today, I'm sure she's looking down awaiting a similar outcome. The stars will be shining brightly.

A little side note; the two songs, albeit very different, that inspired her through the toughest of times were.... “You’ll Never Walk Alone” and “I Will Survive”. Feel free to sing and dance!

In honor of Women’s History Month, Le Petit pays homage to our founder, Louise Nixon. A visionary leader, Mrs. Nixon led our fledgling company through the crisis of Spanish Influenza, as Le Petit performed one-act plays (in French!), for the troops mustering along the Mississippi in anticipation of being deployed to a very different kind of theater during World War I.

In 1919, she received the New Orleans Times-Picayune Loving Cup for working “unselfishly for the community without expectation of material or public reward.” That year, she was also named President of the Drama League of America. She would later go on to receive official commendations from the French and American governments, and, in 1933, petitioned the United States Senate to investigate election irregularities in the 1932 federal elections in the state of Louisiana.

The few pictures that exist of Louise Nixon are mostly not digitized. Our friends at The Historic New Orleans Collection protect and maintain the scrapbook that you see Mrs. Nixon referring to in this photo, along with Le Petit’s photographic archives from 1916-2011. She compiled those books during her first years of founding New Orleans’ first community theater.